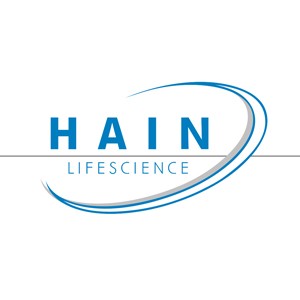 Your molecular genetic test system for quantitative detection of parvovirus B19. Parvovirus B19 is spread worldwide with a seroprevalence of 60 - 90% in adults.
More info Request a quote

The primary route of transmission is via respiratory droplets, but blood borne transmission is also possible. Parvovirus B19 interferes with production of red blood cells by mediating the destruction of their progenitor cells in the bone marrow. Primary infection most commonly occurs in children, causing rather mild symptoms or manifesting as erythema infectiosum (fifth disease), whereas it may cause arthropathy in adults. However, infection during pregnancy is very dangerous, as it can lead to severe or even fatal fetal complications, such as hydrops fetalis. Parvovirus B19 infection is particularly dangerous for patients with preexisting hemolytic diseases or for immunocompromised patients (e.g. after organ transplantation), in which the virus causes either acute or chronic anemia.

PCR-based assays are an effective tool to detect highly acute parvovirus B19 infections, even in immunocompromised patients, where infections might be overlooked by serological assays. Further diagnostic steps or suitable therapeutic measures can thus be met at an early stage.

Viral DNA is extracted automatically from EDTA plasma with the GenoXtract®followed by amplification, detection and quantification of characteristic target sequences with real-time PCR using the FluoroCycler® 96. Internal controls monitor test performance from sample preparation to test result. Reliable viral load assessment in International Units (IU/ml according to NIBSC WHO International Standard) requires only two quantification standards, which are determined just once per kit lot, eliminating the need for standard measurements with each run. Additionally, virus concentrations beyond linear quantification range are evaluated as qualitative results. Interpretation of results is performed automatically by the Fluoro-Software®, for reliable test results within only three hours.

Your benefits of using FluoroType® Parvovirus B19