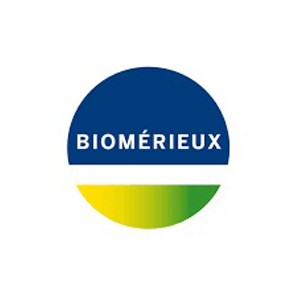 bioMérieux now offers a complete range of solutions for the detection of enteric viruses & hepatitis A & E viruses.
More info Request a quote

Viral foodborne illnesses are caused by different viruses, which potentially contaminate foods, at all stages of the food supply chain, as well as the environment.

Food-borne viral infections are primarily due to two main viruses: norovirus, which causes gastroenteritis, and hepatitis A virus, which causes hepatitis A. Humans excrete the viruses (fecal-oral route) and food contamination occurs either from an infected food handler during preparation (lack of GHP), or from contaminated water typically during primary production. Symptoms are typically nausea, vomiting, diarrhea and abdominal pain.

What are enteric viruses?

Viruses are infectious microorganisms, with DNA or RNA genome enclosed in a protein coat. Unlike bacteria, viruses can only multiply inside living cells of other organisms. Many viruses resist to stresses such as heat, drying, freezing, UV light, high pressure and survive for long periods of time in foods or the environment.

What are the most frequent viruses in viral outbreak?

The majority of viral foodborne illnesses are caused by the following viruses : Norovirus GI & Norovirus GII, Hepatitis A, Hepatitis E viruses and Rotavirus (for children), but not limited to them. Enterovirus, Sapovirus, Astrovirus are also described in scientific literature.

Detection of Viruses in Food and Environmental Samples

Viruses cannot be cultured, unlike bacteria. Enrichment is not possible. Molecular techniques are the methods of choice for the detection, identification and quantification of foodborne viruses. The ISO/TS 15216-1&2 Standard covers most pre-treatment steps to elute viruses from the different matrices, specifically for Norovirus and Hepatitis A Virus.

bioMerieux now has the complete solution for detection of foodborne viruses, along with the bioMérieux range of training, support and internationally recognized Ceeram expertise.